The Curious Case of Religious Studies in Bosnia and Herzegovina: RESILIENCE and the Revival of Traditional Forms of Knowledge

Researchers in Religious Studies are often struggling to catch up with the contemporary scientific and higher education standards. This applies not only to the scientific community within the European Union, but even more to the countries for the moment outside the EU context. In this blog, Pavle Mijović elaborates on the paradigm shift and the revival he discerns in Religious Studies due to the development of a Research Infrastructure.

A paradigm shift in perception of scientific and societal impact of Religious Studies occurred when new RIs for the ESFRI Roadmap 2021 were announced. Among 11 proposals “that have been scored high for their science case and maturity for implementation”, one proposal deserves a very special mention. RESILIENCE is its name, and it signs for a paradigm shift in the way we perceive the science in general and Religious Studies in particular. From its acronym it is clear that Religious Studies are future-oriented and not only a relict of the past.

RESILIENCE and Bosnia and Herzegovina

Bosnia and Herzegovina is marked by significant religious diversity – this is a very well known fact. What is less known is that the diverse religious traditions are materialized in a variety of concrete forms. The materialization occurred not only into the form of sacral objects but in a wider sense, in faculties, libraries, archives. These concrete forms represented a pivotal and traditional role in shaping and disseminating religious and scientific knowledge within Bosnian societal context. Now, RESILIENCE is staging the revival of these traditional forms of knowledge. Built on an existing forms of knowledge, RESILIENCE will build a cutting edge platform and will supply “tools and access to physical and digital data to scholars from all scientific disciplines”.

The importance of this, we already named it  a new scientific paradigm, lies mostly in the fact that the RI offers the revival of and provides a boost for developing new creative solutions for dealing with issues emerging from the field of Religious Studies. Is there anything better than the fusion between tools, innovation, experts, connections and centers within one unique RI? From the Bosnian perspective, two things deserve to be emphasized. First is that the University of Sarajevo (UNSA), the integrated state university, with its two members, Faculty of Islamic studies and Faculty of Catholic Theology, is a part of this project adventure. It means that the UNSA is a precursor of every future integration of B&H’s higher education in the European system. Secondly, the relatively harmonic integration in diversity between various religious communities and the public university system can be even more emphasized by potentiating a scientific communicative action oriented towards reaching understanding. RESILIENCE will revolutionize the traditional understanding of Religious Studies and contribute to the openness of this scientific field to a wider societal audience.

It is indeed a curious case both for RESILIENCE to take part into the ESFRI Roadmap and for the University of Sarajevo to participate in RESILIENCE. As every process that started in curiosity even this joint venture will  be transformed in knowledge and understanding – much needed in our present times. 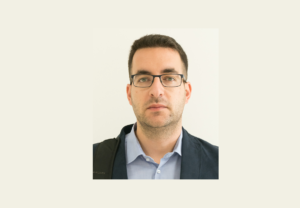