The Centre for the Study of the Reformation (Faculty of „Artes Liberales”, University of Warsaw) and Koło Kultury Staropolskiej wish to invite you to a series of online seminars. The meetings are aimed at presenting interdisciplinary Polish research on broadly understood Religious Studies.

Each week the invited experts will discuss their chosen issues:

Studying Censorship of the Wujek’s Bible (1599)

In 1584, Polish Jesuits decided to produce a new, Catholic translation of the Bible in order to satisfy the Catholic demand and combat the influence of a considerable number of Protestant interpretations. After receiving the papal approval, the task was carried by friar Jakub Wujek: an educated philologist and theologian. He was, though, accused by some other Jesuits of being too attached to the Greek text, and even of using the Protestant Bible of Brest as a model. The revised text of the Bible was published in 1599 (so called ”Wujek’s Bible”). Comparison of the revised and the original versions reveal a number of changes, aimed mainly to literally render the Vulgate, but also to create negative associations with the Protestants and their teachings.

In his paper, Tadeusz Rubik proposes a consideration of „Wujek’s Bible” censorship as a source of study of the dynamic shifts in various aspects of the Polish-Lithuanian Commonwealth’s culture. I will discuss research perspectives and address such questions as: How does the text reflect the confessional quarrels of the era? What is its’ place in the Polish Jesuits’ programme? What are the most intriguing research problems?

Link
To receive a link to the webinar, please enter your e-mail address in the online form.
The link to the event will be sent before the meeting.

The series of online seminars will present RESILIENCE as a common platform for various researchers, supporting their international presence. 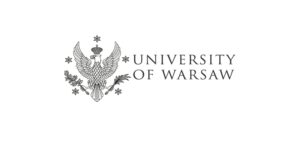